Iowa City Owl
Nov 12, 12 at 8:34pm | Nicole Fulmer
The popular University of Iowa rock-climbing wall that has attracted many a brave individual has been shut down recently for an indefinite amount of time due to an accident that occurred Thursday.

The University of Iowa has had its rock climbing wall up in its wellness center for a while without incident, but a student recently fell from the wall.

21-year-old Spencer Bean fell 30 or so feet from the wall and was injured at a little before 10 p.m. on Thursday. Bean was described as an experienced climber. 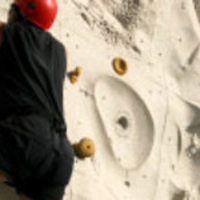 According to wcfcourier.com, Bean landed on his feet when he fell and injured his spine as a result. He was taken to the University of Iowa Hospitals and Clinics for treatment.

Another student, Andrew Lange, confirmed the story of the fall, as he was just leaving his own climbing session when he saw Bean fall.

Bean suffered two crushed vertebrae in his back that nearly paralyzed him. He went through an eight-hour surgery to repair the damage and allow him to walk properly again.

According to officials, the wall was immediately closed when Bean fell, pending investigation. It will remain closed for an undetermined amount of time. No details about the circumstances of Bean's fall have been released yet.

Bean remembers landing from the long fall before he passed out for a few seconds, as stated on a blog created by his brother. He has been reported to be in good spirits even though he is in a lot of pain and has undergone a lot of surgery since his fall.

Bean is from Highland Park, Ill.
Please login to post.